Take this opportunity to jump into professional career. Enroll for our “job offer on day 1” Program. Appear for selection test and interview.

We believe in our training skills! If you do not get job in stipulated period, get your 100% training fees back. Appear for selection test and interview.

Automation is everywhere. When there are large number of systems and applications are to be administered and managed on daily basis, automation is the only solution.

Automation with Ansible (DO407) is designed for Linux system administrators and developers.

At the end of this course, the learner will be able to create Ansible playbooks to automate various tasks of configuration management, provisioning etc. Automation of common Linux administration tasks are would be covered.

(EX-407), is a certification examination which is for Automation engineer role. It tests competencies of related to automation of configurations of systems and applications.

What this Automation in Ansible Certification Course can do for you ?

Prepare you for job competencies required to handle automation of IT infrastructure effectively.

Promises growing career in latest technologies in IT infrastructure automation

Accelerate your professional and financial growth by honing your automation skills which are in demand for Today’s job market.

Automation with Ansible (Do 407) Learning Outcome

Write a simple Ansible playbook and run it to automate tasks on multiple managed hosts.

Write playbooks that use variables to simplify management of the playbook and facts to reference information about managed hosts.

Deploy, manage, and adjust files on hosts managed by Ansible.

Write playbooks that are optimized for larger, more complex projects.

Use Ansible roles to develop playbooks more quickly and to reuse Ansible code.

Demonstrate skills learned in this course by installing, optimizing, and configuring Ansible for the management of managed hosts.

RedHat Linux is growing! so is for Ansible Automation.

According to RightScale’s recent report,  RedHat Ansible is  ranked First with 43% adoption. 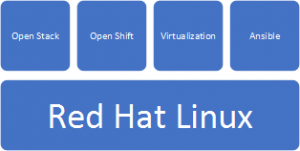 RedHat has created the most comprehensive portfolio in cloud technolgies. It contains many platforms and tools like RedHat virtualization, OpenStack, OpenShift, and Ansible is one of the leading tools in the space DevOps and Automation for IT infrastructure.

If one searched a job portal like Naukri, for Ansible he/she would find Linux automation/ Ansible skills is needed or is as part of 3000+ job postings .

Our internal data about recruiting companies for Red Hat skills is growing at a steady pace.

I have completed SA1 & SA2 for RedHat8. The training session was good, now looking forward and waiting for SA3 batch. -Supriya

Mujaheed Sir seems to be a very good teacher, he clears doubts & is focused on the practical knowledge. He expects everyone to perform commands while teaching. Overall Sir teaches nicely. -Chetan Nair

Thank you very much for your help and giving us the best teacher for Linux. I really appreciate the way of teaching used by Sneha Mam. She is one of the best teacher I have ever met, virtually. She always uses to explain each and every topic in detail, that helps us to understand the uses and the function of the topic. She also uses examples to give better understanding. However, If someone have any doubts or don't understand the topic she use different - different way to clear the doubts. After completing the topic, she also uses to give us the assignments. I am thankful that I got the best teacher like her. -Sushant

Our batch is going good. The way Sneha mam is teaching and clearing all our doubts are the most good thing in the training session. -Supriya

Can not see location of
my interest? 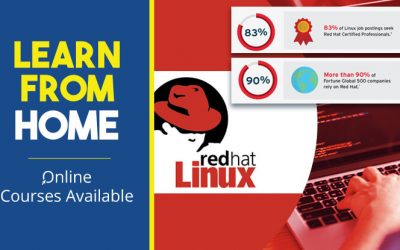